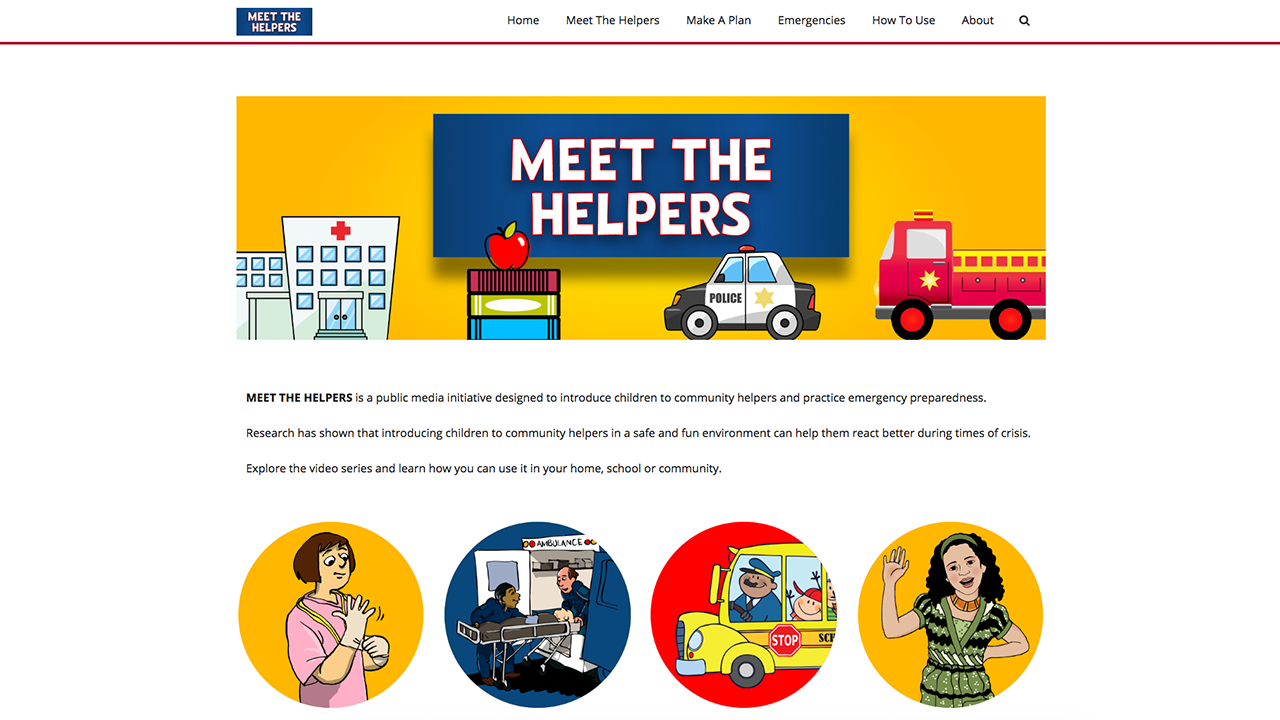 An important part of public media’s mission is to serve as vital communicators in times of emergency. WUCF recently launched Meet the Helpers, a multiplatform initiative directed at teaching children about important community helpers so they are better prepared in emergency situations. Videos, activities and resources are available to communities, families and educators for free as part of WUCF’s commitment to education and public safety.

Working with Dr. Judith Levin, a University of Central Florida professor and expert in early childhood development and education, WUCF developed a series of short videos to introduce common “helpers” in the community. The project includes videos featuring:

The website component of this initiative is a very important and complicated piece of the project. One of the goals was to share Meet the Helpers with PBS stations across the county. Because of this, we didn’t want to put this content on our local website. The main goal of the site is to provide resources for families, educators and first responders who want to share these videos with children. So video had to be easy to play and given high priority on the site.

WUCF decided to launch Meet the Helpers with its own domain, so stations could easily share content without having to rebrand. Meetthehelpers.org launched on June 1, to coincide with the start of the 2018 Atlantic Hurricane Season. As a station, we are in the process of launching our main website in Bento 3, a move that will happen in July. We decided to launch this new project in Bento 3 to give it a test drive, and I’m very happy with this decision!

Building the site in Bento 3 was easier than expected. The drag and drop features made it easy to have the site built, and then turned over to a producer to re-arrange and edit the content. Having done a similar project in Bento 2, it always seemed too complicated to turn projects over to producers, as it wasn’t easy to understand the layout and what fields were being edited. This isn’t a problem in Bento 3!

Since the goal of this project is to provide videos, the site is video-heavy. Bento 3 makes the embed easy and the video plays right on the page without taking you off the site. These were important factors for us in deciding to use this new product.

You can learn more about Meet the Helpers and check out the videos and resources by visiting meetthehelpers.org. If your station is interested in airing or using the Meet the Helpers segment, please reach out and we'll get you connected!