WETA's new online series Not That DC challenges norms, both in concept and production 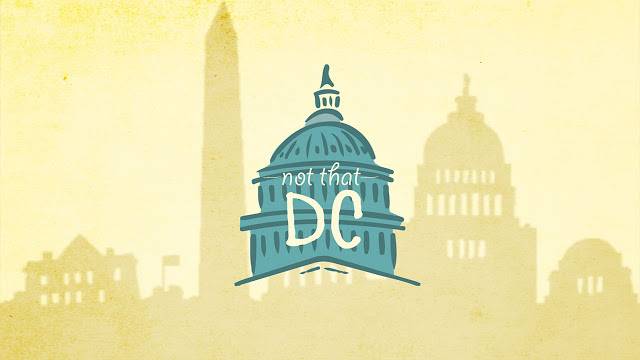 We recently had a chance to speak with Mark Jones, Senior Manager of Interactive at WETA Digital Media, about the new web series Not That DC. The series aims to challenge the common stereotypes of D.C. being a place comprised only of bureaucrats and politics, instead revealing a lively city with communities of individuals who are interested in various out-of-the ordinary activities. Below, he shares with us some of the back-story on the show’s concept and production.

What lead WETA to creating an online series?
Last spring PBS offered a grant opportunity for stations to have some trainers come out who had been doing web documentaries- Travis Gilmour and Slavik Boyechko, formerly of Alaska Public Media. They gave us a crash course into how to film and edit and churn things out. That was really eye opening, just having that process really made a huge difference in terms of quality of stuff we thought we could do, as well as cutting down on time.

At the same time, PBS Digital Studios had a grant opportunity for DSLR starter kit equipment. They were looking for stations who had some training or shown some ability to create a series. Once we completed our training and we were awarded our DSLR grant, part of the grant was to create a series, and that series is Not That DC.

What are some differences between the production of traditional programming and short form online content?
Short form video has to have a different pacing in some ways. People online are going to sample a lot of different stuff. You need to have some sort of appeal pretty quickly; you can’t spend too much time setting up the story. With longer form traditional media, people are mentally prepared through experience to sit for a longer period of time. Online, you need to approach it a bit differently. One of the things PBS instilled was that the “look” of online documentary stuff should be different than a TV type of look. We try to use depth of field and make it more cinematic looking than you might find on a longer form television program. We tried to give these pieces a distinct look.

What has been the relationship between PBS Digital Studios and WETA to make this production happen?
The relationship between WETA and PBS Digital Studios is that they provide support, advice and promotion for the series. They have some good ideas as far as how you can start a series, and how to grow an audience on YouTube specifically. They have been a great resource for us – not only giving us an opportunity in the first place, but also setting us on the path for success.

What are some of the benefits that you think online content like Not That DC brings for WETA?
WETA has a lot of different points of emphasis, being that we are a large national producer. But we are also a local station and part of our drive is to serve the local community. We feel like an online series has the potential to do that, partly because it’s much lower cost. We can do more of them, be out in the community, highlighting aspects of DC that might not work as well on television. I think having WETA out in the community can only be a good thing for our station. We know that our our online audience is somewhat different than our television audience. Our online community is a bit younger, for instance. We hope that the type of videos we are doing with Not THAT D.C. will appeal to this audience and help to grow WETA's overall reach.

What would your advice be to people at other PBS stations who are interested in creating online content?
Give it a try. And realize that it’s not going to come out perfectly and you just have to kind of accept that and you’re going to learn some stuff and you’re probably going to say “Wow, if I were to film that piece again, I would do it way differently,” and that’s just a natural progression of learning. There is a big initial leap just to learn how to operate the cameras and achieve the look that you want to go for—and we haven’t mastered that by any means. But we have grown a lot just in the few videos that we've done. Don’t get discouraged, the good thing about these pieces is that they are just a few minutes long and the more you create the more you’ll learn.

The first episode of Not That DC was released last Monday. A new episode will be released each Monday on the Not That DC YouTube channel.