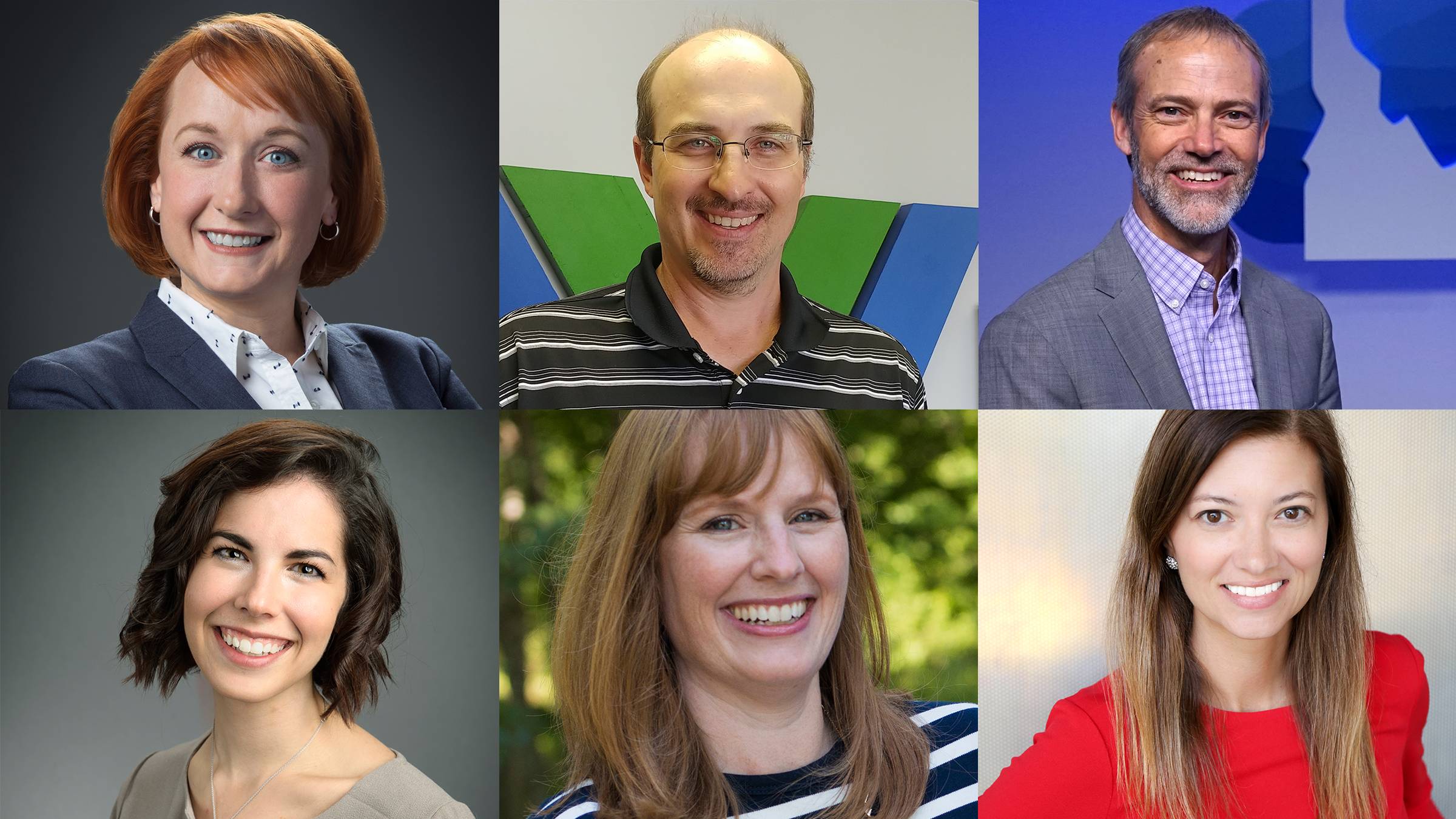 The Digital Media Advisory Council (DMAC) isn’t your average advisory council! This group of digital mavericks work with PBS Digital and the SPI team behind the scenes to advocate for systemwide digital innovation. Members provide guidance on new technologies and applying them to our daily work. Perhaps the most important role all the council members play is actively working to strengthen connections between digital colleagues across the country.

Each fall we post a call for proposals and ask the system to apply or nominate to join the DMAC. This year we had six slots to fill. We’re pleased to announce the new class of DMAC members.

Amanda Mountain grew up a military brat and has called Colorado home off-and-on since 1992. She is a first-generation college graduate and holds a Master’s degree from the University of Denver in Organizational Leadership with an emphasis on Change Management. She is the first female CEO in Rocky Mountain Public Media history, and is the youngest CEO of a major market public media station in the country. With nearly 20 years of media experience, most notably with Freedom Communications, where Amanda was named one of the top 20 Newspaper executives in the country by Presstime Magazine, and Viacom, where she helped pioneered cross-platform marketing strategies under the leadership of Mel Karmazin. Joining Rocky Mountain PBS in 2010 as general manager of the Southern Colorado station and stepped into the role of President and CEO in 2017.

Chad Matlick is the Director of Digital Services & Marketing at West Virginia Public Broadcasting. He has been with WVPB since 1999, when he started in IT. He is a jack of all trades, overseeing all aspects of the digital platform, but has a special interest in metrics and analytics. Chad is currently involved in the 2018 cohort of the Knight Lenfest Newsroom Initiative, developing a digital strategy for WVPB focused on audience growth and membership opportunities. In his estimation, the future of public media is linked to local audience engagement. He and his wife Chris live in Morgantown.

Jeff Tucker started his TV career while in high school and extended into college and beyond. Life kept moving and then in 2013 (and with grey in his muzzle) he took on the role as director of content at IdahoPTV and is still just as excited. He’s deeply involved in digital media work at the statewide network. He oversees Education, Programming and the technical aspects of Production and works closely with efforts in Communications. He was part of the first Digital Immersion co-hort and served as past Production Council chair and Resource Management Council co-chair for NETA. Jeff feels that for many of our viewers, broadcast TV is their paradigm. But with changing viewing habits there need to be products that can help stations remain relevant.

Laura Dick serves as the Digital Content & Marketing Manager for MontanaPBS. She holds a Bachelor’s degree in Journalism and a Master’s in Public Communication, both from Colorado State University. Laura has the honor of working with multiple departments at MontanaPBS as she creates digital strategy and nurtures engagement among audiences across all platforms. Laura is a member of the 2018 Digital Immersion Project with PBS Digital and stays busy developing a multi-platform digital marketing strategy in order to outline and deliver a comprehensive digital media package to accompany all broadcast deliverables produced by MontanaPBS. In her free time, you’re likely to find her working on an art project or a house project – usually at the same time.

Susannah Winslow is the Vice President of Development at KLRU-TV, Austin PBS. She’s been with KLRU for over 11 years, beginning her public media career in viewer services and database management before assuming the role as Membership Director in 2014 and Vice President of Development in 2018. She’s been committed to testing innovative digital fundraising ideas – that have more than doubled the station’s online revenue over a 4 year period – while also maintaining the strength of traditional direct marketing mail and on-air campaigns. Susannah also serves as a member of the PBS Development Advisory Committee (DAC) and sits on the Passport Super Users Group.

Tabitha Safdi is the Digital Media Manager at South Carolina ETV. She found her passion for storytelling in the 13 years spent at ETV in creating content from concept to completion. With the limitlessness of digital, she loves experimenting with new ways to attract audiences by working strategically to cultivate and engage viewers to make a positive impact on their lives. She received her bachelor’s degree from the University of South Carolina and her master’s degree from Columbia College. She’s a Riley Fellow of the Diversity Leadership Initiative, is a graduate from Leadership Columbia’s Class of 2017, and is President of the Junior Women’s Club of Lake Murray.

Look for the full list of the DMAC members on Digital.pbs.org. There you’ll also find the recent blog posts from the Council.