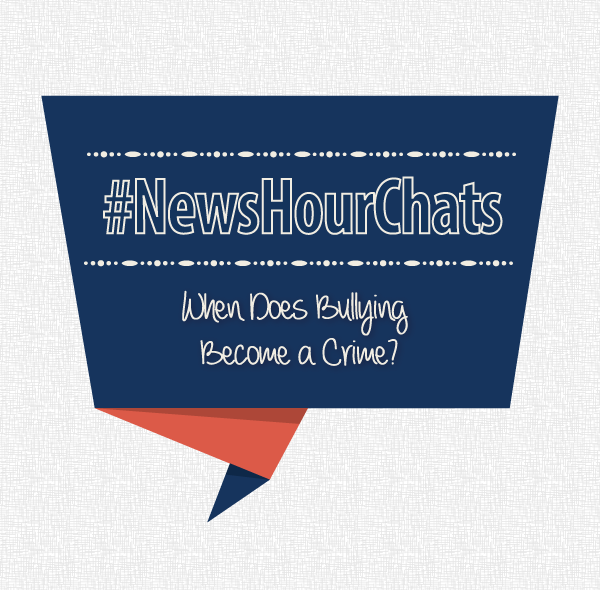 Over the weekend, seven members of a New Jersey high school football team werecharged with sexually assaulting several of their younger teammates after a culture of hazing and locker room bullying spiraled out of control. In recent years, bullying has been linked to instances of school violence, as well as student suicide.

NewsHour’s Student Reporting Labs recently asked students to share their experiences with bullying in an online call out. Responses varied from students who believed that bullying should always be reported to those who, in the words of one high school sophomore, “don’t think there is anything the school can do.” Students reported being bullied for everything from their hobbies to their race to their last name. Many also commented that social media has changed bullying, causing it to become more pervasive, and even allowing it to follow them home.

Now we are asking you, have instances of bullying increased in recent years, or have we simply become more culturally sensitive to the issue? What are some best practices to curb bullying in the nation’s schools? When does bullying cross the line between acting out and criminal behavior? Join the conversation on Twitter this Thursday, October 16, from 1-2 p.m. EDT. Sandra K. Intrieri (@ski626), principal of Millbrook High School in New York, will share her perspective as an educator. Follow along and chime in using #NewsHourChats.