#NewsHourChat: Is Censorship Ever Justified? 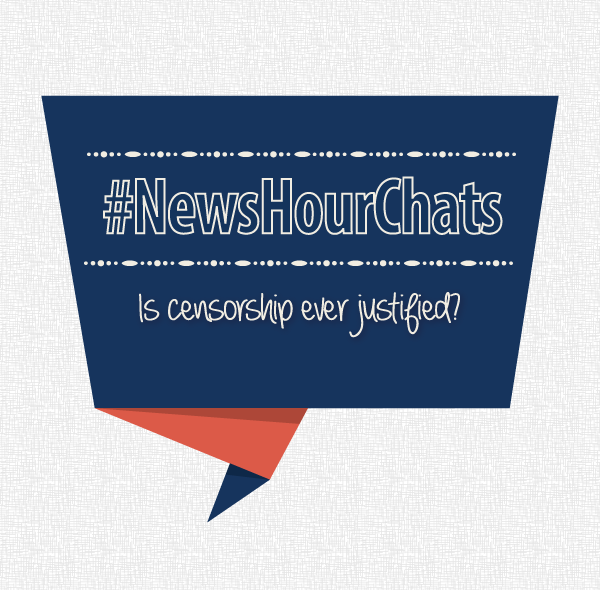 A new production by the Metropolitan Opera in New York, “The Death of Klinghoffer”, tells the story of the hijacking of an Italian cruise ship and the murder of an American Jewish passenger by Palestinian terrorists—an actual incident that took place in 1985.

The Met has garnered criticism from those who say the opera distorts history and romanticizes terrorism. The PBS NewsHour recently reported on the controversy.

One of the issues raised is whether the protesters’ calls to cancel performances of the opera amount to censorship. If so, is such censorship justified?

Pleas for sensitivity increasingly are appearing in a variety of realms. Last spring, several colleges grappled with student requests for “trigger warnings,” notes alerting students to potentially upsetting content, to be used on syllabi for humanities courses. Proponents argued the warnings were necessary to protect students who might have experienced past trauma, such as sexual assault, from having the experience unexpectedly evoked by course material. Others spoke out against the warnings on the grounds that they threatened intellectual and academic freedom.

Do trigger warnings constitute censorship? Is there a place for censorship if it is done out of respect or sensitivity? Can a work of art ever pose a legitimate threat, either to a person’s ideology or their well-being?

PBS NewsHour will address the topic of censorship in a Twitter chat on Thursday, Oct. 23, from 1-2 p.m. EDT. Follow the conversation and share your opinion using #NewsHourChats.