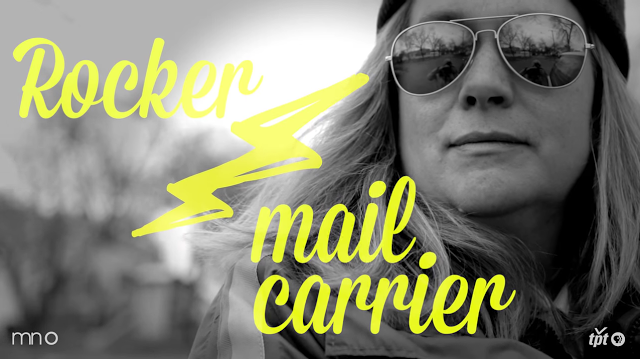 MN Original, the award winning arts production from tpt, premiered its first ever web series last month. Artist Day Jobsis a weekly web series that profiles Minnesotan artists with interesting 9-5′s, and explores how their parallel lifestyles relate to each other. The series has featured some unique career combinations such as DJ/Pilot or Rockstar/Mail Carrier, which features Georgia Ramin, member of Minneapolis garage band Beebe Gallini.

Taking into consideration the recent change in Facebook's news feed algorithm for videos, creators of Artist Day Jobs made the decision to utilize Facebook as its main vessel of distribution. The idea is that by using Facebook native uploads, stronger responses will be received than there would be for videos shared via a YouTube link. The videos are still available on YouTube, but have been premiering on Facebook first. So far, this decision has produced impressive results:

"At the moment, the five videos we’ve released have garnered 18,852 views and a reach of over 54,000," said Katie Schutrop, MN Original’s engagement specialist. Since they launched the series on their Facebook page in July, MN Original has seen increased engagement in the following areas:

The content of the series itself has also contributed to the series' impressive initial response. The series has a fast-paced, approachable feel-- perfect for a Facebook audience. "We wanted to do a series that everyday people could easily relate to," said Andi McDaniel, Director, Content Strategy & Innovation at tpt Rewire. "Or, as one social media fan put it, “Thank you for demystifying the life of the artist."

A new Artist Day Jobs episode premieres every Wednesday on the MN Original's Facebook page. Check out the latest episode below: