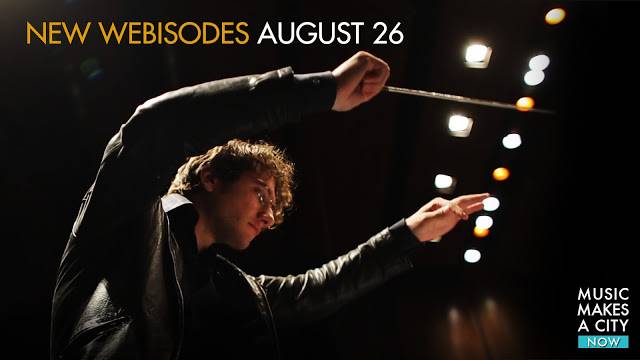 The series begins with the arrival of a rising star, 27-year-old conductor and composer Teddy Abrams, as he moves to Louisville, Kentucky, to become the youngest music director of a major American orchestra. Bursting with energy and ideas, Abrams embarks on an ambitious plan to usher in a modern renaissance for the orchestra and the city. Not afraid to embrace genres not usually found within the orchestral realm — including country, hip-hop and folk — his enthusiasm is infectious.

Through a series of twelve short episodes (5-7 minutes each), the series follow Abrams’ whirlwind debut season in 2014-15 with the orchestra, from his chaotic move-in day at his newly purchased downtown fixer-upper to the opening night of the symphony and his embrace of the city’s vibrant local music scene. Charming and unpretentious, Abrams demystifies the world of classical music as he shows what it takes to keep personal and civic artistry alive in the 21st century.

The preview is available in COVE, and all the episodes will also be available through COVE starting August 26, 2015.

Enjoy the pilot season of this web series that follows the dynamic twenty-something conductor and composer Teddy Abrams’ whirlwind debut season at the helm of the Louisville Orchestra as he breaks down boundaries between musical genres and communities. Loaded with creative risks, bravura performances and a colorful array of guest artists, these 12 shorts demystify the world of orchestral music and show what it takes to keep personal and civic artistry alive in the 21st century. #MusicMakesACity