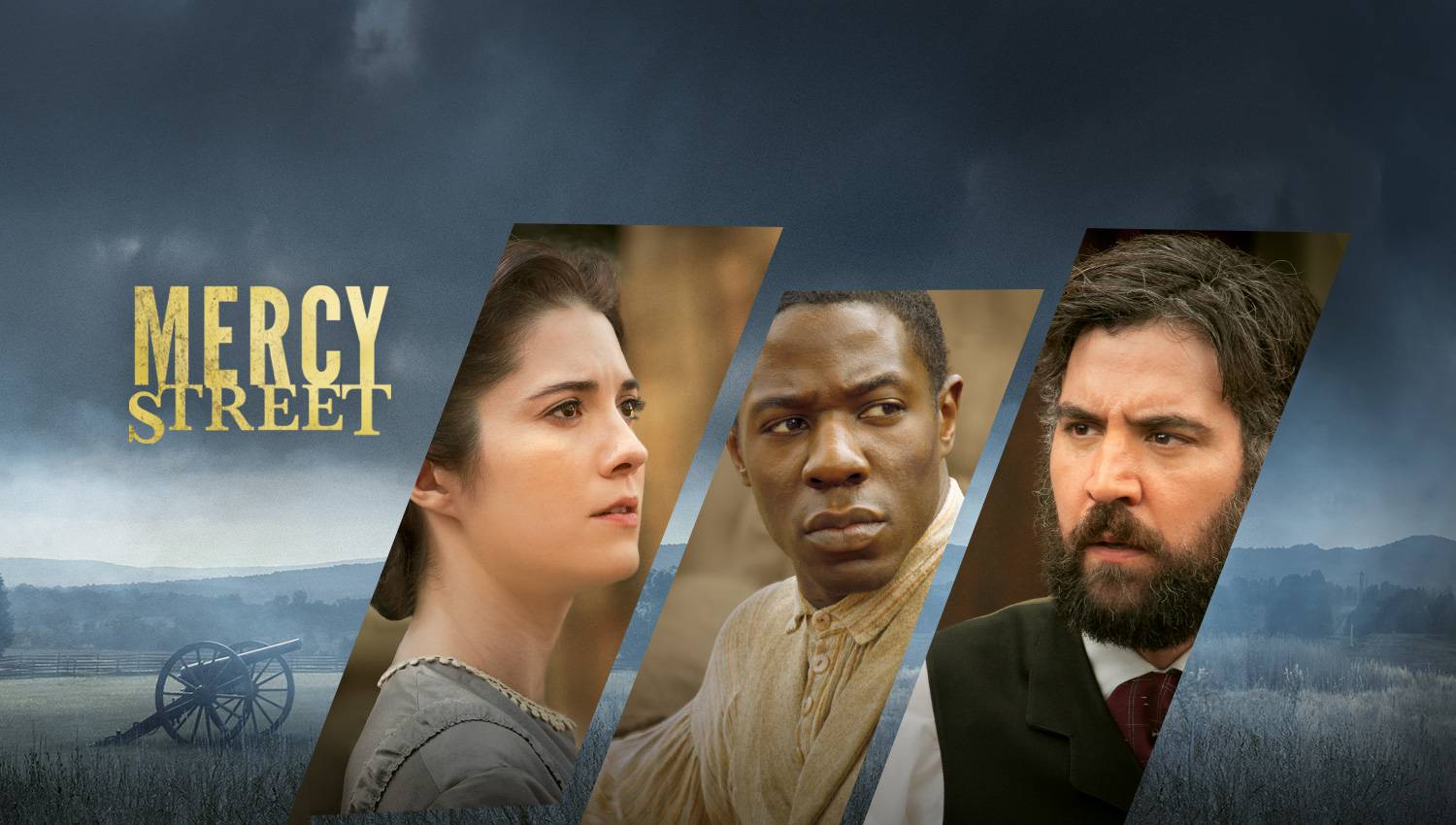 Mercy Street returns this Sunday, January 22,  and a wide variety of assets and opportunities exist for digital to support the second season of this exciting drama.

A full suite of promotional assets is available now to help you continue your support of Season 2 of Mercy Street, including several recently-posted video elements and more to roll out during the season. Check out the assets listed below on the Source, and learn more about some of the newest elements on myPBS.

Building on the dynamic Mercy Street website from Season 1, new assets include an expanded character hub, a Season 2 episode guide and sneak-peek photo galleries, a host of Season 2 costumes and costume sketches, and more information about the real people, battles, and places behind this historical series.

The Mercy Street Revealed blog follows series production news, cast interviews and more. In-season, look out for historical analysis and GIF recaps for each episode — check back each Monday! Two bloggers have been added to the expert lineup: Kenyatta Berry, co-host of Genealogy Roadshow and Jeffrey S. Reznick, PhD of the National Library of Medicine of the National Institutes of Health. The Tintype Me photo maker is back (and available as a Bentomatic) and the Mercy Street Social Hub has been expanded to highlight all the #MercyStreetPBS social activities.

Lastly, immerse yourself in two 360° projects! First, experience “A Letter Home,” a narrative 360° VR video that takes place in the Mansion House Hospital, the main location for Mercy Street. Next, spin around 360° degree images and experience a behind-the-scenes look at the making of Season 2.

As with Season 1, all episodes of Mercy Street will be available for two weeks after broadcast via PBS.org, on PBS apps for iOS and Android devices, and via station-branded digital platforms including Roku, AppleTV, Amazon Fire TV and Chromecast. After the two-week free streaming window, episodes will be available in Passport.

Follow along with the Mercy Street social accounts using @PBS and @MercyStreetPBS. A social media outline highlighting in season assets for Mercy Street will be made available shortly, with suggested language to promote upcoming web assets (including the new 360 projects, sneak peek photo galleries, and GIF recaps) as well as episodic preview videos. Other assets include costume sketches, a story map with episodic tie-ins, and a "Meet the New Characters" video.